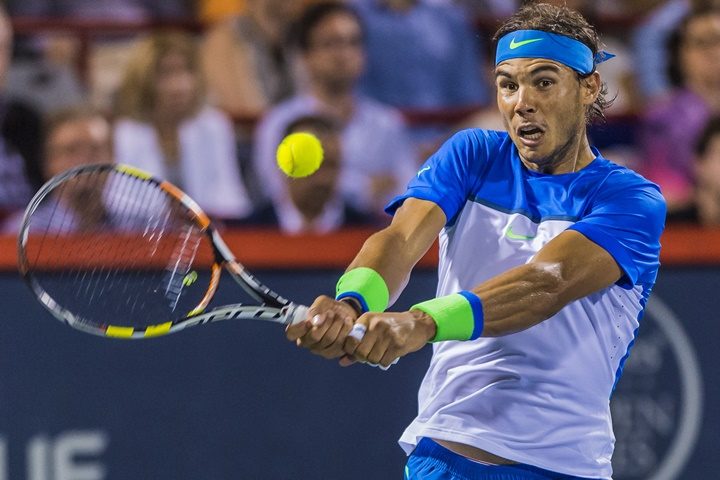 So the much awaited ‘Clash of the Titans’ is finally over!

While Rafael Nadal beat the Swiss champion Stan Wawrinka to secure ‘La Decima’ in this nail biting Grand Slam finale, have you ever wondered about the behind-the-scene secret of Rafael Nadal’s incredible form?

Widely regarded as one of the fittest athletes of our times, the 31 year old tennis star has been unstoppable throughout the tournament. His stamina, endurance and his epic gameplay have been discussed by every tennis lover in the world.

So, what does it take to be a 10 times Grand Slam champion? What kind of an iron-man routine and spartan diet goes into building this tennis sensation? Let’s find out:

You may also be interested in: Virat Kohli’s Fitness Regime for IPL 2017

It is no secret that Rafael Nadal is dedicated to his game abut did you know that after practicing tennis for 4 hours a day, he still hits the gym in the evening?

Let’s check out some of his favourite workouts which can inspire you boost your fitness level too:

Workouts With Resistance Band: Lightweight and easily portable, it is believed that Rafael Nadal prefers the resistance band over weights. Resistance band workouts strengthens the shoulder muscles and in and rotator cuffs while providing the flexibility to bust out those power shots set after set. 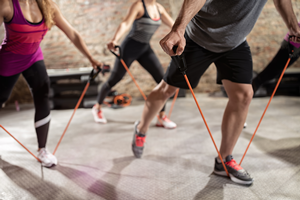 Strengthening The Core With Planks: A strong core is at the centre of a great game and who knows this better than Rafael Nadal? In fact, not only does Nadal stick to regular plank techniques, he effectively improvises his workout:, for example,  he practices a variation of the plank where he props his feet on the exercise ball. Engaging abdominal muscles, back muscle and the muscle around the pelvis, nothing strengthens the core as much as some good old plank exercise! 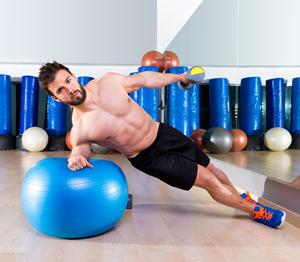 Fortifying The Lower Body With Front Bends: The lower body muscles – hamstrings, calves, thighs, quads and glutes – are the major group of muscles that are engaged during a match. Nadal practices a variation of front bend, by keeping himself anchored to the wall with the help of his knees, that not only strengthens his thighs and knee muscles but also is beneficial for the entire lower body, including the quads, calves and hamstrings. 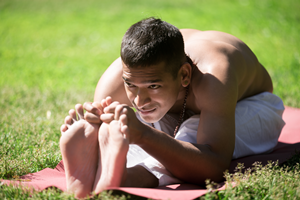 Bolstering The Upper Body With The Parallel Bar Dips: The pectorals are one of the the major muscles involved in generating the power which makes Nadal’s each shot so powerful. This is why the clay court specialist makes it a point to include the parallel bar dips in his workout regime. A simple exercise, the parallel bar dip helps work on the inferior pectoralis, triceps and anterior deltoids. Not just that it also enhances the flexibility of the shoulder muscle. 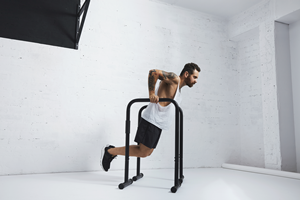 Wrapping It Up With Stretching: Rafael Nadal wraps up his herculean training regime with some extensive stretching. In fact, he has a personal therapist to help him stretch his body. This therapist uses different exercises to work different muscle groups everyday. 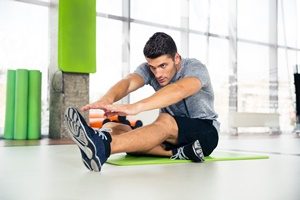 Now, let’s move on to look at what adorns the plate of this superstar to supply humongous energy!

Brace yourself for the ultimate surprise now! Ready? Here it goes…Rafael Nadal doesn’t have a strict diet plan! Whoa, are you kidding me? Erm, no, not this time!

In fact, barring the few days before a match when he confines himself to a super healthy meal of grilled fish and pasta with veggies, Rafael Nadal indulges himself in his favourites like chocolates, Nutella and even French fries. The only additional item on his diets is a few mineral salts during the game, that’s it. Hurrah!

All of the above workouts can be performed by anyone in any gym since none of them require expensive or hard to find equipment. All you need is the motivation and inspiration to workout, an inspiration like Nadal. But it’s not the workouts that make Nadal, Nadal but the acute game sense, the sheer dedication and the never-give-up attitude.

Disclaimer: The content in this article is purely research based and the workouts mentioned in the chart are suggested by Gympik’s expert trainers.