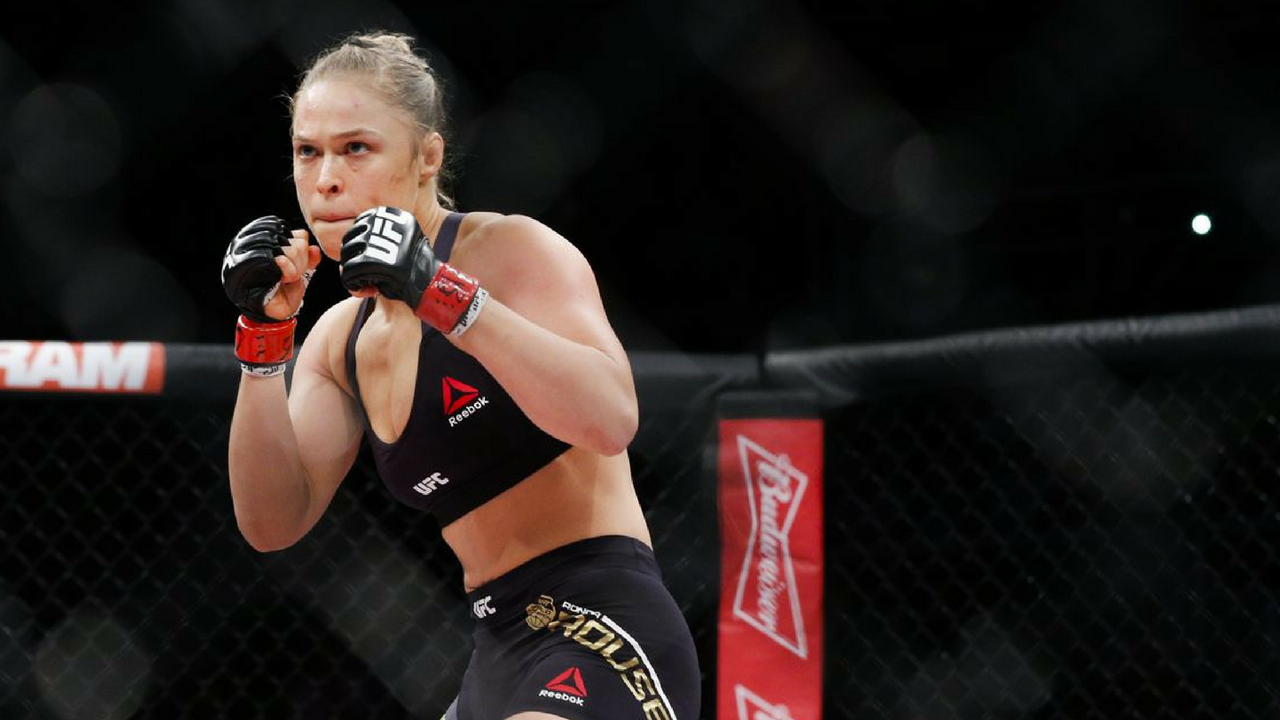 It’s official. UFC women’s bantamweight champion Ronda Rousey will fight against former boxing champion Holly Holm in the UFC 195 on January 2, 2016 at the MGM Grand Garden Arena in Las Vegas. Here’s how you can train to be a MMA fighter as insane as Ronda Rousey. This circuit training, comprising of stability exercises to improve core and upper body strength, is certainly not for the fainthearted. But these moves are what Ronda performs to keep her in fighting form. Perform the prescribed number of reps and sets for each move, then immediately move onto the next. After your last exercise, return to the first move, and repeat the circuit up to three times.

Stand on the dome of a BOSU ball with your feet hip-width apart, holding a dumbbell in each hand by your sides. Squat down, and raise your hands to shoulder level. Press the weights above your head, then lower your arms and come back to the start. Repeat 10-15 times.

Tip: Leo Frincu, Ronda’s trainers suggests that beginners do this move standing on the floor before progressing to this version. Once you’ve mastered the version shown here, turn the BOSU upside down and perform the move on its flat surface. 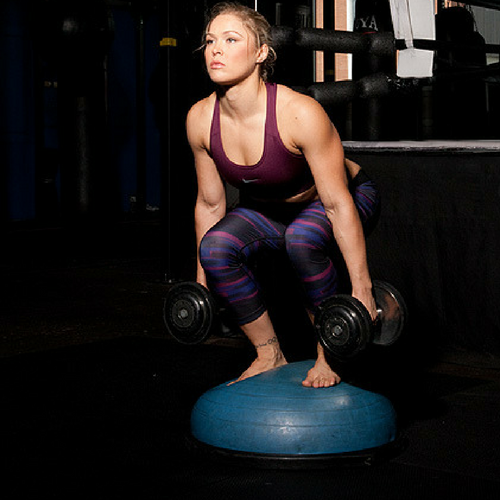 Begin by kneeling on a stability ball. Place your hand on a wall or have a partner support you as you extend your legs one at a time to stand on top. A slightly deflated ball may make this easier, and taking off your socks and shoes may help you get a better grip. Have a partner stand a few feet away and toss another stability ball. Throw it back to him/her for a total of 10 reps.

Tip: Beginners are recommended to stand on top of an upside down BOSU ball and have your partner toss you a medicine ball of 3-4 Kgs. When that becomes too easy, prepare yourself for the version mentioned here by trying to stay upright on the ball as long as you can. 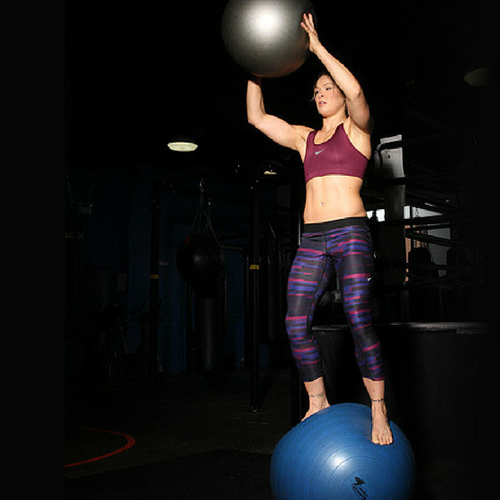 Start in a push-up position on the floor with a medicine ball positioned between your hands. Bend your arms to lower your body towards the floor. Forcefully extend your arms, allowing your palms to leave the ground, and land with both hands on top of the ball. Replace each hand to either side of the ball before repeating.

Tip: Reduce the intensity by placing one hand on the floor, one on the ball, and performing regular push-ups (5 on each side is a good place to start). For an intermediate variation, perform a push-up with one hand on the ball, then walk your hands to switch hand positions. Repeat, alternating sides. 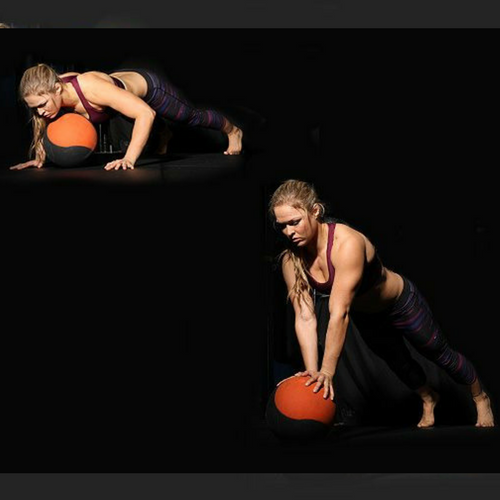 Position your stomach on the top of a stability ball, place your hands on the floor, and lift your feet. Keep your eyes on the floor and your shoulders level with the ground as you rotate your left hip towards the ceiling, then to your right. Do not allow your feet to touch the ground throughout the entire set. Repeat 10-15 times on each side.

Tip: According to Frincu, this exercise is a coordination exercise that helps fighters focus their eyes on their opponent while in the cage. If you’re a beginner, make your motions smaller, or keep one foot on the ground as you pivot. 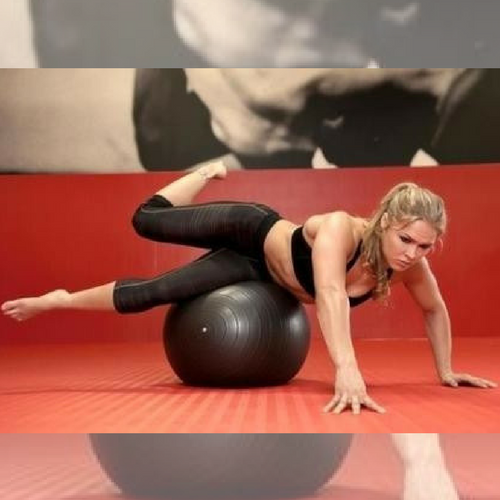 This was what get Ronda to be among the very best MMA fighters. Becoming as good as Ronda is definitely not an easy task but with a lot of dedication and hardwork your goals are not far at all. Until then,workout and get ripped!

Disclaimer: The content in this article is purely research based.