Home TraQannect Customer Spotlight: How This Fitness Club Tripled Their Revenue & Doubled Their... 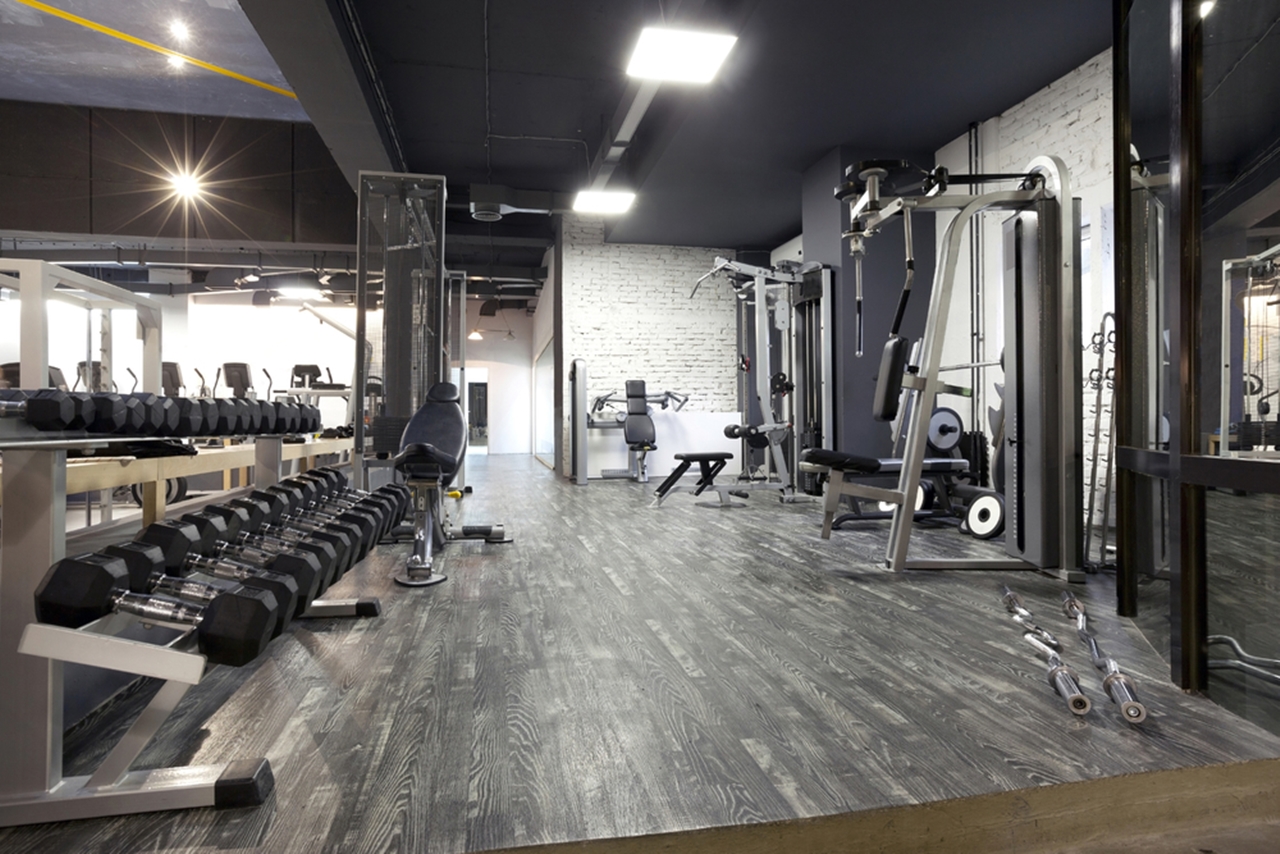 Located in the serene residential surroundings of Vijaynagar, Bangalore, YC Fitness is one of the upcoming fitness studios in the area. Established in the year 2017, YC Fitness is owned and operated by Mr Nischal Patel. 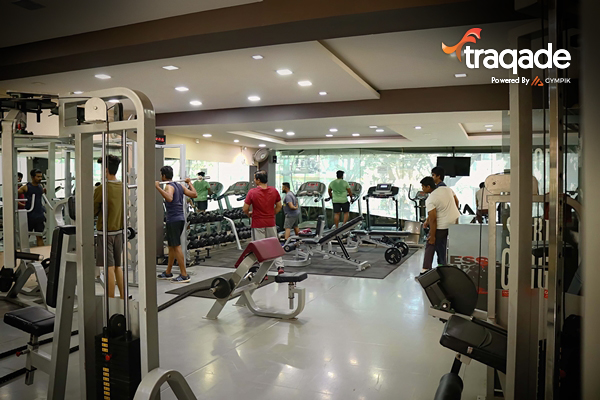 1. As with most of the fitness studios in India, when YC Fitness began operations, there was an overwhelming dependency on pen, paper and Microsoft Excel for keeping all the member records including date of enrollment, attendance, package management and renewals among others.

2. The entire membership management process was clogged with inefficiency. Soon, instead of focusing on the core business of providing customers with the best fitness experience, the staff found itself engrossed in mundane repetitive tasks like manually updating the records on paper,& relying on guesswork to track attendance, etc.

3. As the number of memberships grew, so did the problems to the point where it almost bordered on unmanageable. As a result, from 2017 to 2018, the number of members at YC Fitness stagnated greatly while the revenue generated was alarmingly low. If this wasn’t enough, there was also the question of membership renewals. The trainers often had to face some very awkward conversations with the members whose membership was about to expire.

It was at this stage that YC Fitness decided to give Traqade Club Management Software a shot. 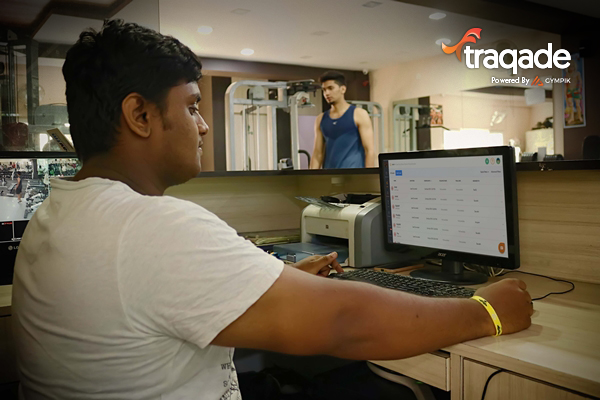 1. As a part of the package, Traqade team helped YC Fitness migrate the entire member database. Before long, the system was up and ready to go.

2. It didn’t take long for the YC Fitness team to realise the benefits of Traqade. Says Varun, the head trainer at YC Fitness,

“Traqade made our lives extremely easy. Thanks to the centralised data, I didn’t have to spend hours trying to locate a particular member on the database. I could just type the name and have the data in front of me in less than a second.”

3. Not only did Traqade bring efficiency in membership management but also helped the YC Fitness team to seamlessly manage their relationship with enquiries & walk-ins. The automated notifications and reminder SMS alerts to prospects & staff helped the team to close more sales & also enabled them to impress the new members with the innovative technology set up.

4. The true game-changer for YC Fitness turned out to be the automated payment & renewal reminders. Now, instead of the trainers going and reminding each member, the members themselves were turning up at the fitness studio to pay their dues, all thanks to Traqade’s features which goes out to the members a week before the expiry of the membership. This timely in-flow of payments, facilitated by Traqade’s automated payment & renewal reminder feature was a key factor which helped the YC Fitness team triple their revenue 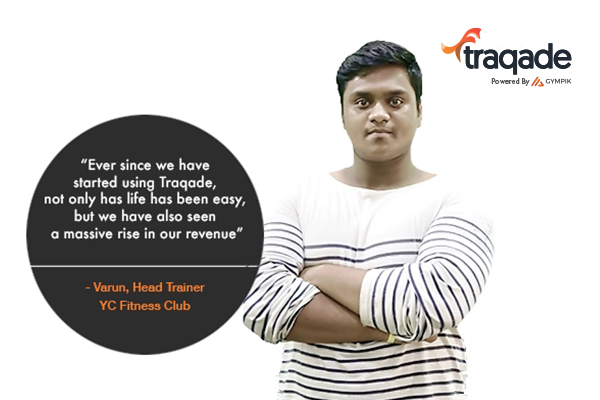 Within six months of installing Traqade, the YC Fitness team saw a positive change. Not only did Traqade eliminate the inefficiencies and smoothen the overall club management experience, but the club also saw an unprecedented 3 folds increase in their monthly revenue. The number of memberships sold also rose by two folds and today YC Fitness a healthy and happy member community that is constantly growing. 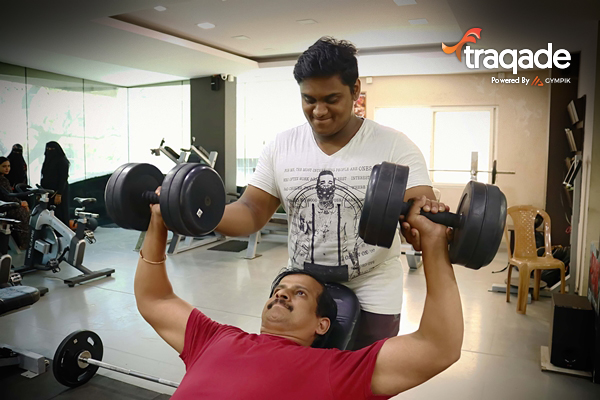 By switching from an outdated system to a next generation club management software like Traqade, not only did the YC Fitness bid goodbye to the pen, paper, whiteboard, excel sheet and all the other forms of “old school methods”. But the staff efficiency and member satisfaction have also increased significantly, the impact of which can be seen when you step in and notice the happy smiling faces in the fitness club. Even as YC Fitness team continues to leverage all of Traqade’s features like the powerful dashboard to visualise data and come up with rock-solid business strategies to take their business to new heights, Team Traqade wishes them all the best!

Do you want your fitness club to be next? Connect with our product experts at 08047091930 and get a fully customized demo. 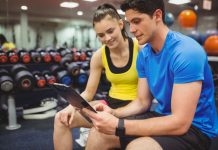 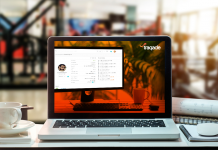 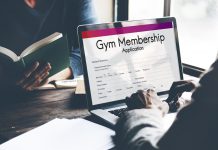 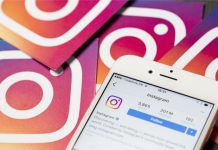 7 Ways To Grow Instagram Followers Of Your Fitness Centre 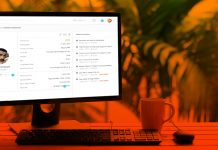