Home Fitness Celebrity Fitness Aamir Khan’s transformation for Dangal: Is it healthy for you or not? 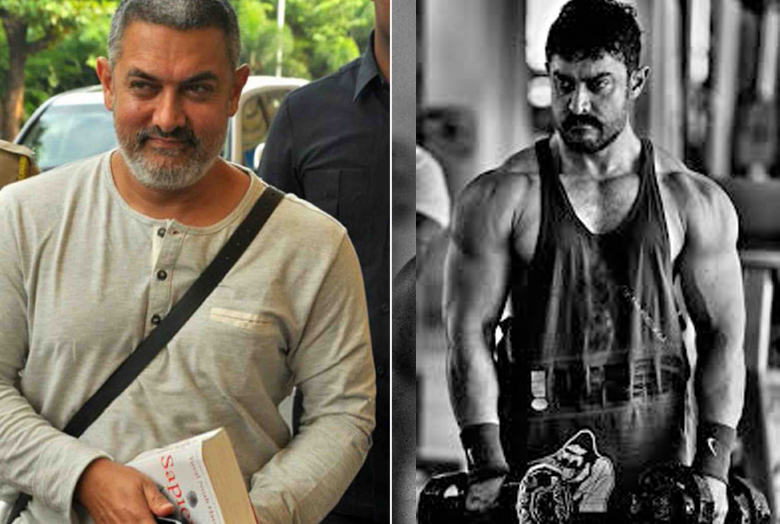 When the internet is going gaga over Mr. Perfectionist’s huge body transformation to showcase different stages of wrestler Mahavir Singh Phogat’s life for his upcoming film Dangal by Nitesh Tiwari, we just cannot stop eulogizing his dedication and commitment for his work. Of course, when we talk about the transformation, along comes the challenges Aamir Khan has faced even after being the perfectionist.

Weight loss, if done in an unhealthy way, can prove detrimental to the health. Moreover, easy and faster weight loss tends to come back with time whereas slow and steady weight loss plans tend to sustain for longer. Sujetha Shetty, Nutrition and Diet expert, Gympik says, “With age, the testosterone level goes down and requires external supplements to make it work for body building. Aamir Khan’s drastic change within less than six months assures that he has been under some kind of steroids such as Anabolic hormones since the body he has achieved takes more than a couple of years to build normally.”

Rapid weight loss is usually the result of strict diet, regular and systematic workout regimen, proper rest, and certain lifestyle changes. In Aamir Khan’s case, the situation was stricter than it should have been for normal people. As per the news about his transformation, Mr. Perfectionist has gained almost 28 kilos in five months to portray the role of Mahavir Singh Phogat at a later stage in life and weighed 96 kilos with 38 percent body fat. 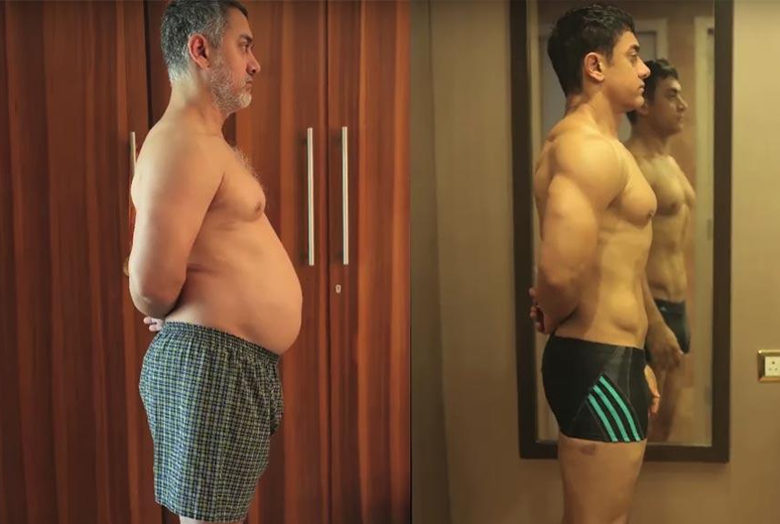 It was never so easy for anyone to gain and lose that extra flab within months for someone aged 51 years. As Aamir Khan said, Dangal was one of the most dramatic body transformations for him so far. Since the film has two phases, he had to play the character of the heavier and older Mahavir first, where he had to gain weight and later the younger Mahavir, where he was seen in a well built physique. Gaining weight was not as difficult as reducing it to 9 percent body fat within few months. It was nothing less than a huge task. He also recommends that the nutrient breakdown of a healthy weight loss diet should combine 50% carbs, 20% healthy fat, and 40% protein. “Diet gets 50% weightage while exercise comprises 30% and 20% weightage is given to rest,” says Aamir. Under strict guidance of his doctor and diet expert, his daily intake oscillated between 1800-2500 calories. While Aamir was on his weight loss diet and workout, his doctor ensured he is in good health by monitoring his vital stats every two weeks.

Weight loss in today’s generation can be challenging for many, and all that make the situation worse are hectic work-life schedule, poor sleeping habits, no physical activity, and improper eating habits. Sujetha says, “When your body goes on a diet that is planned to help in faster weight loss, it decelerates the metabolic rate as a survival precaution. But, post the fad diet tenure, when you come back to normal diet intake, your body fails to recuperate and you tend to gain weight due to a dip in your metabolic rate.”

We, at Gympik, are not advocating faster weight loss by promoting and eulogizing Aamir Khan’s drastic weight loss journey for Dangal. Moreover, this also has to be kept in mind that Aamir Khan’s weight loss was medically planned and was followed under strict supervision. And this, for a layman, is way too difficult and dangerous if not done under medical supervision.

The present craze of fitness industry and the lack of fitness related education among young groups have led Mr. Perfectionist put down a word or two as a caution when he says about his transformation, “I would like to mention that putting on weight and losing it so fast is very unhealthy. I did it for my film under the supervision of experts, but it is very unhealthy for any regular person.” So, here it is for you guys-Eat right, exercise well and eventually you will reach your fitness goal! Keep your comments coming in. Till then stay fit, stay healthy!